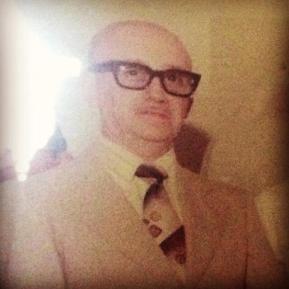 When I was little, my grandfather used to tell me about Giuseppe Garibaldi’s exploits, he told it with pride, admiration and with an enthusiasm that made me think that he had been there next to Garibaldi, riding a beautiful steed and fighting for the unification of Italy. With time and age, I realized that my grandfather was never there, nor had he even been to Italy. When you are an ex-patriot, you grow up listening to stories about the land of your ancestors, and a fantasy halo is generated between historical reality, myths, legends and what you wish would have happened. That was what happened to my grandfather, he took historical data and merged them with his own fantasies, which for a 7-year-old girl was splendid, for me there could be a no better story than the one my grandfather told, and I grew up convinced that that was the real story. 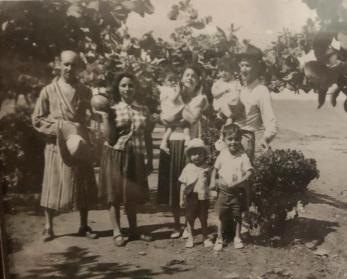 As an adult and as a journalist I dedicated myself from 2014 to 2019, practically 5 years to in-depth investigative work where I obtained data from some historical records. There I discovered that my great-great-grandfather was not the son of General Manfredo Fanti, a great Italian and European hero from the mid-19th century, but that my great-great-grandfather Vincenzo Fanti was a child, a baby who was orphaned, by his parents, probably as a consequence of the first war for the unification of Italy that occurred between 1848 to 1849. A neighbor, an acquaintance, or perhaps a civil registry employee by the name of Giuseppe was registered as the godfather who led my great-great-grandfather to be baptized on April 11th, 1849, in the town of Marciana Marina, Livorno Province of Elba Island. A translation of his baptismal faith record reads as follows: “… In the year of 1849, on April 11, a baby born on April 9 was baptized, whose parents are unknown and therefore the State has imposed the name of Vincenzo on him and the last name of Fanti ”. Elba Island, the land of my ancestors and the largest in the Tuscan archipelago, was the scene throughout its history of battles, pirate invasions, myths, and legends, it was the land of exile for Napoleon Bonaparte and a strategic military point during various wars in ancient Europe. Elba was also an active stage of Italian unification or the so-called “Risorgimento”. Giuseppe Mazzini, one of the intellectual fathers of the Italian unification decided to unite the nationalist and liberalist visions to build a republic that included all the territories of the peninsula subjected at that time to a foreign and absolutist government. From 1820 struggles against absolutism were unleashed, but it was not until 1834 that the revolts were significant in almost all Italian territory, all this was the driving force of the First Unification War that began on March 23, 1848, practically a year before of the birth of my great-great-grandfather. This war failed its objective and Vienna regained its lost possessions by taking over various Italian territories.

1849 was the year of the surrender where most of the Italian revolutionaries were sent into exile, including Giuseppe Garibaldi, who fled to New York. In that same year, Venice was the last city to surrender, not only because of the Austrian siege but because of hunger and a terrible cholera epidemic that also plagued Italy.

I would like to continue playing the game I had with my grandfather and those traces of history that is unknown to me, I would like to imagine and recreate them with my own fantasy. I imagine that my great-great-grandfather’s parents were revolutionaries and fought for reunification in the First War, they gave their lives for the Republic and in their honor, the community took care of their orphaned son and gave him the surname of a reunification General as it was Manfredo Fanti.

I also imagine a more tragic story, that my great-grandfather’s parents lived through the cholera epidemic and died, it is a miracle that my trisnonno was saved. Or maybe it could be an even more romantic story, a soldier or revolutionary who was living on the island, engage my great-great-grandfather’s mother, she became a widow, pregnant and died giving birth.

The year 1849 also witnessed an important event on February 21 of that year at 9 p.m. Assunta Miliani, my great-great-grandmother, was born in the town of Marciana Marina, on the Island of Elba, her mother Domenica Ferraro and her father Francesco Antonio Miliani baptized her on February 23, two days after her birth. Her godparents were Ferraro Bonaventura and Rosa Segnini. 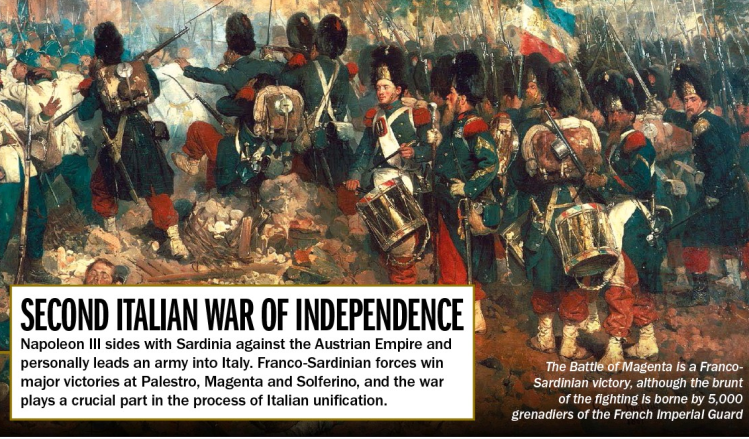 My trisnonna was luckier than my great-great-grandfather. However, she and he had to live through the second Italian war of unification between 1859 and 1861, and without having precise data it is probable that they lived part of the third war of reunification as well. Both were born into lived their lives in Italy always at war.

The Miliani family decided to escape from Italy and took a ship to Venezuela. Along with the Miliani, other neighbors and friends of Marina Marciana embarked to South America, including Vincenzo, who also sailed to a new, distant and uncertain destination.

According to data from the Census of Venezuela in 1863, 2,652 Italians from Elba Island arrived at this country and these were the first Italians who settled in the geography of Venezuela called The Andes. The town of Boconó, in the Trujillo State and part of the aforementioned mountain range, was the place where Assunta and Vincenzo settled. The Italians who arrived there from the 19th century and well into the 20th century made this region a place with a better quality of life, producing wealth and jobs.

The role of General Giuseppe Garbi Miliani (1839-1899) who was General Garibaldino and a native of Marciana Marina, also a relative of my Trisnonna Assunta Miliani, was of interest and was highlighted in the history of Venezuela. General Garbi died in combat fighting in the Battle of Tovar during the Restorative Revolution of Venezuela.

Assunta, unlike Vincenzo, had a large family, several brothers, nephews who still do not know each other today. The historical data is not very clear, in some documents that I found around 1870, Assunta marries Vincenzo promising each other to have their own family in Venezuelan lands, leaving the war behind and starting a new story from scratch. Another genealogical study of the Miliani family indicates that Assunta and Vincenzo had already arrived married from the Island of Elba and settled in Boconó in 1880. 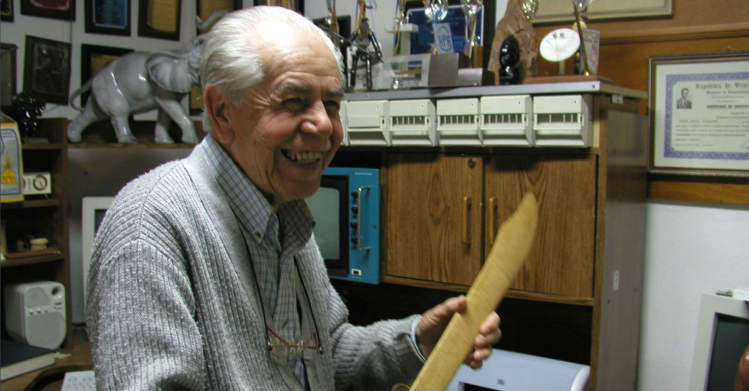 The Miliani family was the founder and engine of Boconó’s growth. Among many exceptional achievements made by the Miliani is the creation of the first television channel that existed in the city, “TeleBoconó” founded by Captain Pablo Miliani on February 26, 1979. On the other side, Don Vincenzo Fanti with his hard work founded and created one of the most famous clubs and hotels in the city, where the Italian community was reunited with the old stories, myths, and legends of beautiful Italy and danced to the rhythms of Mediterranean music. Assunta and Vincenzo had 6 children: Domingo, María Ana, Ángel, Rómulo, María Dominga and Vincenzo, the latter the youngest and who grew up practically as an only child due to the difference in age with his brothers, he is my great-grandfather, my Bisnonno, named after his father Vincenzo Fanti Miliani.

Assunta and Vincenzo were children of the war and from their ashes, they started a new life in a distant continent, they left behind the Island of Elba, the Kingdom of Italy, but in their stories, in the legacy of the Miliani and Fanti family, they were alive the memories of the past. 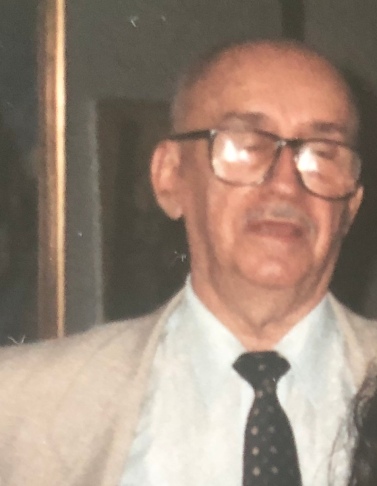 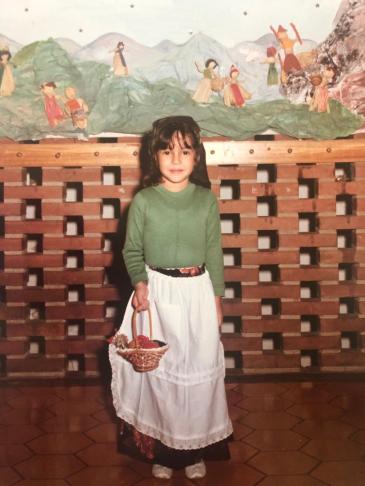 My grandfather many times when I returned from school, he would open the encyclopedia and the history book and he would tell me about who Manfredo Fanti had been (even though that may not be my real last name), he would tell me about Garibaldi’s exploits, he explained to me how a true Italian dressed elegantly, always shaved his head and told me that it was an art to have a well-shaved head, he looked for his Italian cap (made in Italy) and he never went outside without it, everyone greeted him with great affection because he was always willing to help whoever was necessary, his soul was incredibly noble and generous. Always proud of his Italian roots, of his Fanti Miliani family, always dreaming of one day taking me with him to Italy to tell me in those magical places the “true stories”. That was my grandfather, Mr. Fanti, how much I remember him and how much I love him. Sometimes, I see my son’s eyes and they remind me of him, my grandfather Rogerio Fanti and then I think of Garibaldi, I think of Italy and the war, but not as something painful, but as an event that forever changed the course of our lives, even our names, I think of that war as part of a love story that made my existence and that of my children possible. To all my Italian ancestors, thank you for fighting, thank you for love and for having won the battle against the war. Today more than ever I remember them and I feel sure of who I am and where I am going because I come from a family of warriors who never gave up and showed that with love and will anything is possible.